← A COMMENTARY — MY HEARTFELT THOUGHTS
Point Well Taken! — Balancing Our Principles; Focusing on Our Calling →

Balancing Our Principles; Focusing on Our Calling 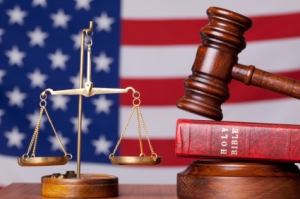 With the recent Supreme Court ruling making same-sex marriage legal in all of our United States, we must move forward in a reasonable manner balancing two of our most important national principles: 1) religious liberty and 2) citizen’s right to due process and equal rights under the law. As opposed to drawing battle lines let us be respectful of one another even, and especially, as we differ regarding the “moral rightness” of same-sex marriage.

Also, even before the Texas Clergy Protection Act of the 2015 legislative session, clergy have had the option of refusing to officiate a wedding. Honestly, I don’t think any same-sex, or opposite-sex couple for that matter, would want a clergyman, or any other legally authorized officiant, conducting their wedding if the clergyman could not officiate in good conscience and with complete affirmation of their union.  Anyone in the wedding business, be it venues, cakes, or flowers, who can’t in good conscience provide the services to a same-sex couple can state that in a kind respectful manner and perhaps even offer referrals to those who can and will provide the services. And in the same fashion the same-sex couple on the receiving end of that message can and should respond with respect and kindness, “Thank you for your time,” and move on.

Perhaps, we have become too caught up in the religious right – as in “I’m right and you are wrong,” and in demanding our religious rights and liberties. It is not too late to begin focusing more on our religious calling – to love God and our neighbor as ourselves.

← A COMMENTARY — MY HEARTFELT THOUGHTS
Point Well Taken! — Balancing Our Principles; Focusing on Our Calling →