Incredible – or Not? Maybe I’m Just Getting Old and Grumpy? 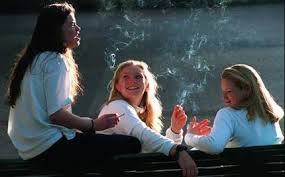 I had an experience yesterday, and I am still not quite sure how to describe it. I know that in the midst of it my feelings ranged from disbelief, disgust, and aggravation to sorrow, plain and simple. In passing our large front window, I noticed a little convertible sports car parked at the curb in front of the house. There were three young people, probably late teens or early twenty’s, sitting in the car and one standing in the street leaning into the car. We live in a quiet neighborhood not prone to sports cars, so my initial thought, “What are they doing?” At that point I watched, incredulously, as the young woman sitting in the back seat, curbside, dropped what appeared to be a cigarette butt in the street between the car and the curb. Not what I want to pick up when I blow and sweep our street curb and gutter!

I normally don’t make a beg deal or create a scene with the small stuff, yet somewhere inside me this felt huge. I experienced it as mindless carelessness with a cigarette butt, and we know where that can lead in this dry summer heat. I also saw thoughtless littering and disrespect for property. What I did next surprised me! I stepped out onto the front porch and asked, “Did I see you just throw a cigarette butt on the curb?” At that, a young man, sitting in the back with the aforementioned young woman responded, “No,” while waving his hand with his cigarette still between his fingers. I replied, “I’m referring to the young lady,” and nodded toward his companion. She did not respond—not even a turn to look at me, but she apparently fessed up to her companions.

The young woman, standing in the street and leaning into the car, came around the back of the car, looked at the ground, and picked up the cigarette butt. What she did next was equally incredulous as the first young woman’s actions and fueled my disgust and aggravation. She walked back around the rear of the car, and as she did, she threw the cigarette butt to the middle of the street. Did the sports car not have an ashtray?

I came back in the house ranting to myself a bit and threatening to take their picture and put it on Facebook! I quickly decided against that and thought the wiser move was to simply go pick up the cigarette butt. I grabbed a paper towel, went to the street, stepped on the butt (to make sure it was out), and picked it up with the towel. Only the young man, who was now out of the car acknowledged my presence with a mumbled, “Thank you,” which came only after I had made the general comment, “It’s just about respect for property. You all have a good day.” I did not linger to give a lecture. I came right back into the house. In a very few minutes they said their “goodbyes” with hugs all around. The two girls left in the sports car, and the guys were gone.

All the other feelings aside, I just felt sad. Sad for these four young adults who seemed, at least in this instance, to have no sense of the right thing to do, personal responsibility, or respect for property, and perhaps, for other persons. After all, they were in front of my house, littering my space, space that I take responsibility for and keep clean, and I was not terribly confrontational and certainly not belligerent or combative with them. What I saw from them was insolence and defiance. If they behave this way in the small things, I wonder how they deal with the larger issues. As a retired school counselor whose primary message to youngsters was and is to respect yourself, respect others, and respect property, I am saddened. I hope that as they mature they will encounter people and experiences that will strengthen their character and teach them the value of respect and good choices.